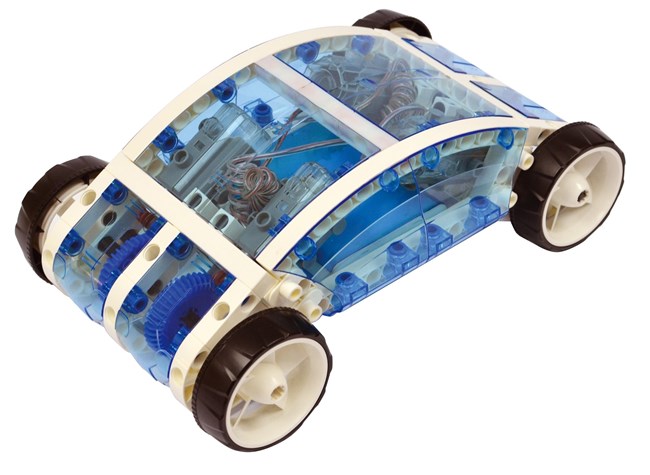 Build 8 different vehicles. Download an app and control the vehicles using an iPhone or iPad.
With the included QR codes, you can easily build an entire city on your computer screen, which you can then drive around in.
The communication between the car and the control unit is via Bluetooth.
From 8 years and up.
Detailed image assembly guide. Guide and app. English.
App works on: